Will Sleeping With Tons Of Girls Make You Happy?

I spent the majority of my life very frustrated.

I had grown up in 5 foster homes, dropped out of high school at the age of 12, and while everyone was going through their teen years buying their first cars, working part-time jobs, and having sex, I was bouncing in and out of juvenile detention.

Missing out on a normal teenage experience really messed up my ability to learn proper social skills and I did not lose my virginity until I was 19 years old.

I then went and started a career in the Canadian oilfield where I would spend around 6 months out of the year, secluded in the wilderness in work camps filled with 99% men.

You can probably imagine how this might of further messed up my interactions with women and that I probably did not get laid much.

After many lonely years, I realized that I badly needed help.

Related:Living In Fear: A Story of Overcoming Self-Sabotage

I somehow stumbled across a book called “The Game” written by Neil Strauss (“What you seek is seeking you” -Rumi) which told the tale of a secret society of pickup artists who had learned how to use social skills to attract and sleep with beautiful women.

My mind was blown!

I read the entire book in a single day and instantly decided that this is what I needed and that, I too, would become a pickup artist.

To make a long story short, I spent the next several years of my life digesting every piece of training material I could find on the web and began looking for wingmen to go out and practice some of these routines and techniques at bars in my local town.

I even spent around $15,000 dollars to take part in a program called Project Rockstar where I traveled all over the world for 3 months with some of the world’s best pickup artist’s!

We would discuss strategy during the day, go out every night and pick up girls, and then debrief about our experiences and lessons learned in the morning.

At first, I was so happy!

Although I never became a great pickup artist, I did learn how to get the occasional woman to sleep with me.

I was getting laid with beautiful women, I had an active dating life, and the text messages were filling up my inbox.

But it didn’t last…

After sleeping with over 100 women (sorry mom), I discovered that this type of behavior did not bring the fulfillment I thought it would.

Related:3 Keys to Step Up Your Dating Game

That’s strange, all I ever wanted was to be successful with women.

Looking back at my earlier years I remember everything I did was to try and get laid.

– I worked hard to get a good job because I thought girls would like that.
– I bought a house and filled it with crap thinking it would get me laid.
– I tried to dress nice and be in decent shape in order to attract women.
– I even compromised my own values and self-respect in order to try and get girls to like me.

Now that I had taken all these training courses, spent tons of money and put in thousands of hours of work, I realized that my whole life and perception of personal worth was based on getting girls.

You always want more, and no matter how much you get, you will never be able to fill the void.

Now, I’m not saying that this experience did not change me for the better and I have no regrets about the path that I chose to take.

Going down this road led me to the world of entrepreneurship, allowed me the opportunity to grow tremendously as a man, and introduced me to some amazing new friends who all have a passion for life and share a take action type of mindset.

I’m simply stating some of the conclusions that I have come to after going through the process.

And I’m not alone.

I have several friends in the PUA community, some of which are literally the top guys in the industry, and after many years in the game, and after bedding hundreds of women, they have come to the same conclusion.

Sleeping with tons of women will not bring you the happiness you think it will.

The conclusion that most men will come to is that you gain fulfillment in life by making daily progress in your health, wealth, and relationships.

Not by sleeping with as many girls as possible.

Now, I’m not saying that chasing girls is bad or that learning pickup artists skills are a negative thing.

In fact, I strongly suggest that every man learns the skills needed to live a happy and fulfilling sex life.

But don’t make it your sole purpose in life.

Build a business, focus on your health and fitness, improve your relationships with your friends and family, and become the best man you can be.

Adam Howell
Adam Howell is a high school dropout turned serial entrepreneur. In 2016 he successfully launched 5 start-ups in a single year. One of those projects was featured on Fox News, Business Insider, Huffington Post, PC Mag and more. In 2017 he took that project from a $40,000 valuation all the way to $30,042,310. After travelling to 15 different countries he now calls Thailand home and spends his time working on the next big thing.
http://www.alphamaleblueprint.com/
Category
Attract Women
Tags 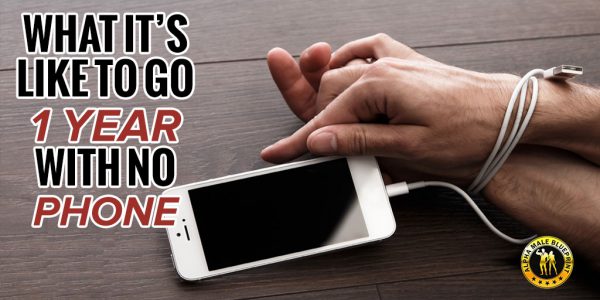