At the start of this year, it was my intention to release training courses and to begin teaching people how to build their own startups.

I sold all of my possessions in Canada, put my house up for sale and moved to Thailand with 1 suitcase and a laptop bag, excited to embark on this next chapter in my life.

This was a gameplan that I had been working on for 2 years and in January of this year, I was 100% certain that this is what I would be working on.

But then something happened…

Related: What It Was Like To Build Multiple Startups In A Single Year

In January of this year, I relaunched a cryptocurrency that I created called DopeCoin (www.dopecoin.com).

dollar market cap but by the end of June, it had skyrocketed to a market cap valuation of $2.5 million!

This movement in price provided an increase in valuation of over +2119% and I quickly cashed out some of my holdings allowing me to achieve my first “6-figure” day in business.

During this same period of time, Bitcoin had gone from around $900 to around $2500 per coin and many other altcoins were following the same trend. Ethereum, for example, went from $10 a coin to $300+ during the same time period.

Due to these rapid price increases, I started to notice many people on social media, who had never mentioned cryptocurrencies before, start talking about it.

It appeared that an opportunity was presenting itself and I knew that I needed to act quickly in order to take advantage of the situation.

When it comes to business or investing, one thing that I have learned in the past is that timing is everything.

You might have a great idea or a great business model but if you don’t time things correctly it can wind up being a bust.

I started quickly looking for other promising altcoins that seemed undervalued and might have the potential to go 10X.

I made a bold move and invested heavily in NEO when it was still called Antshares and was able to buy in at around the $11 dollar per coin mark. Neo is now valued at $40 per coin and I am hopeful that it might go much higher.

Additionally, I invested in Golem yesterday and hope that it has reached its bottom and is ready to spike hard and provide me with a massive return.

My strategy has always been somewhat risky and I like to take my chances investing in coins that I hope will skyrocket and allow me to rapidly increase my overall BTC holdings.

I also launched an ICO this year called the Smoke Exchange which is the worlds first self-serve advertising platform for the marijuana industry. (www.smokeexchange.com)

Related: How Hard Is It To Build Your Own Cryptocurrency?

If I would have launched this ICO in June or July when there were only about 5 ICO’s a month looking for funding I feel that I would have successfully raised millions of dollars to create this project.

Unfortunately, my timing was off and I launched our ICO in late September. By this point in time, there were around 100 ICO’s a month looking for funding and many investors had already invested in ICO’s weeks or months ago and no longer had the spare capital they were willing to risk.

To add insult to injury, there were 2 Bitcoin forks that took place during our ICO which drove a lot of capital from alt currencies back into Bitcoin so that investors could take advantage of the free Bitcoin Cash and Bitcoin Gold.

My timing was off and I missed the opportunity.

Instead of raising millions, we only raised around $70,000 in funding.

Luckily, my team and I specialize in building online startups for extremely cheap and the software development is well underway and on schedule to launch in Q1 of 2018.

Bitcoin is now closing in on 10K per coin and I am grateful that I focused heavily on the cryptocurrency industry this year.

My team and I are now focused on both, returning to our original vision of creating courses and teaching others, and our cryptocurrency projects.

The lesson that I am trying to share is that timing is everything and you must always take advantage of an opportunity when it presents itself then make sure you hit it as hard as you can before it disappears.

Disclaimer: Please do not consider this post as any sort of investment or financial advice.  I am an amateur trader that has taken a lot of risks and have had both good and bad days in the crypto marketplace. Cryptocurrencies use experimental technology and are extremely volatile, you should never risk any sort of money that you are not willing to lose.

Adam Howell
Adam Howell is a high school dropout turned serial entrepreneur. In 2016 he successfully launched 5 start-ups in a single year. One of those projects was featured on Fox News, Business Insider, Huffington Post, PC Mag and more. In 2017 he took that project from a $40,000 valuation all the way to $30,042,310. After travelling to 15 different countries he now calls Thailand home and spends his time working on the next big thing.
http://www.alphamaleblueprint.com/
Category
Make Money
Tags 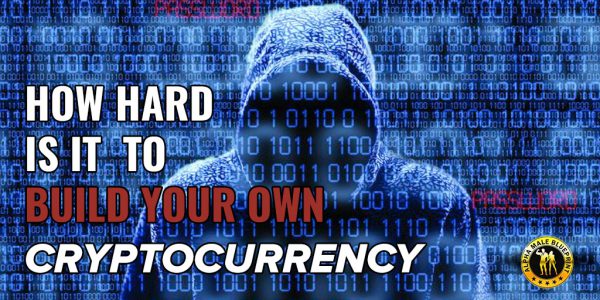